A collaboration with Marcel for the midterm project. We made a bubble video chat world with several interesting features. 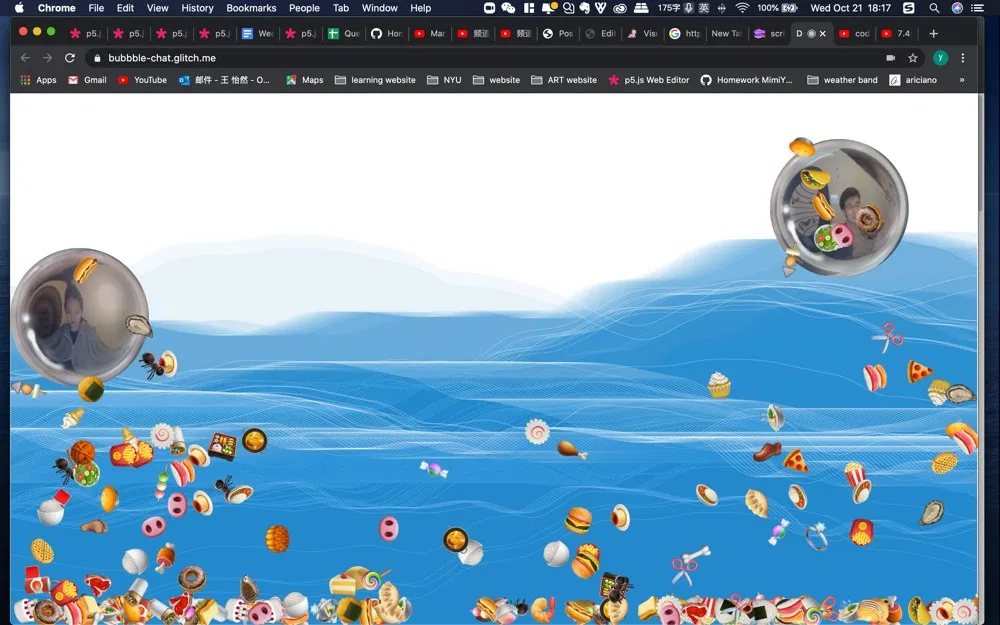 Thanks Lea for sharing her p5 code. This part was included by p5 instance mode so it won’t affect global variables.

To make a bubble look like a real one, we did two things: adding a highlight layer and a fisheye distortion as well. Fisheye.js was utilized in this project to create the effect. It draws video or image on canvas with distortion using WebGL.

Landmark detection by face-api.js. There is a very simple and useful youtube tutorial.

For better performance, we include SimplePeer to stream video through p2p network. It’s kinda tricky to use since it’s completely different from the client-server model. Sometimes it just returns ‘connection failed’ with no context which makes it really hard to debug. I have no clue whether the problem was at the ISP, router, proxy setting, or browser.

We also found that the order how we connected to server can affect the result. There was a much higher possibility to work if I connect later instead of first. Here is a graph how simplepeers work as far I know. I devide the process into three stages - getting list, exchange signal, and stream. 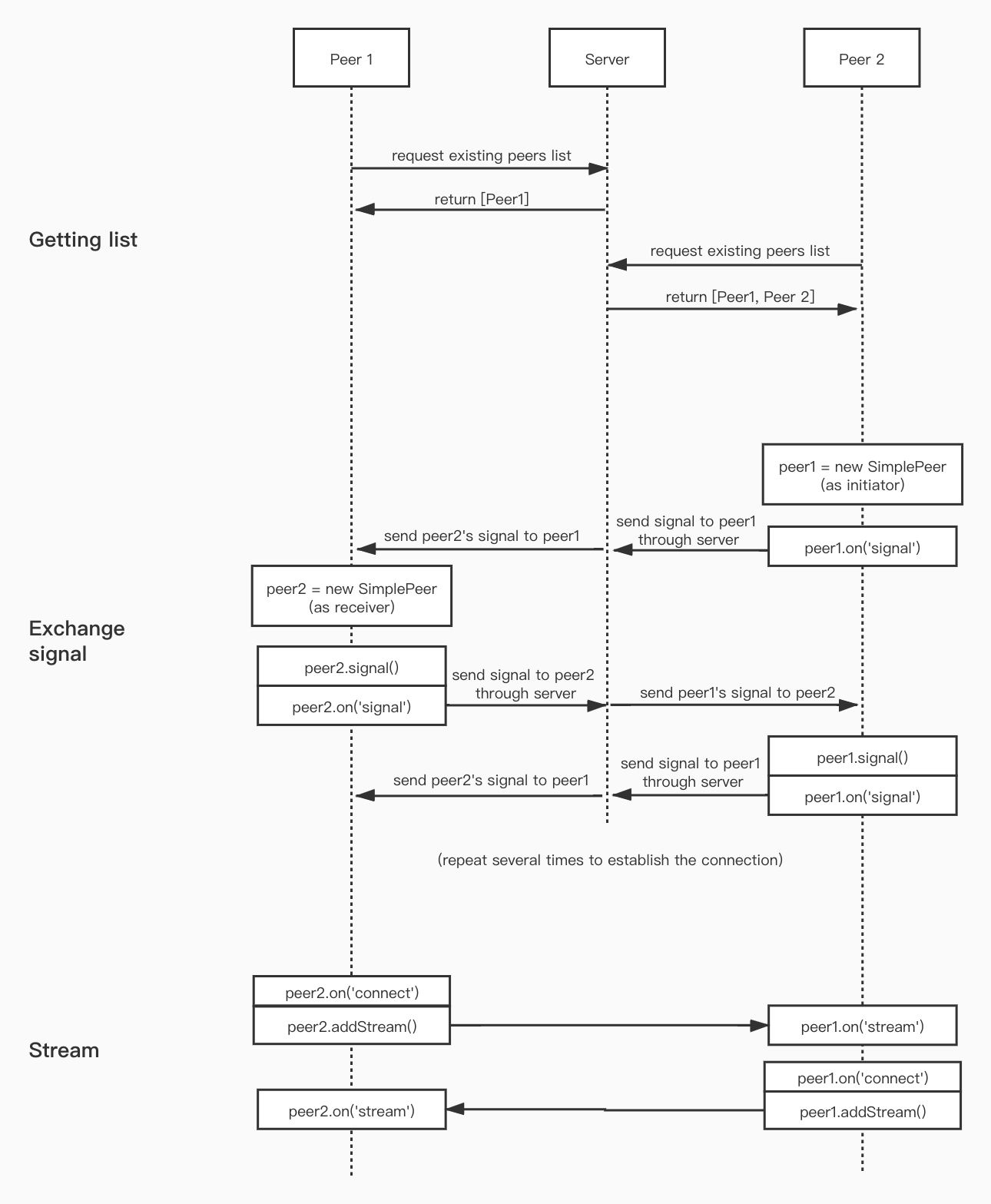