I am a huge fan of waves. They are so cool especially when you apply them on multiple axis e.g. to form a lissajous pattern. I made a oscillascope simulator in midterm, and for my fianl, I’d like to push it to the physical world.

This is a collaboration with Marcel Wang.

It is a digital laser device that uses a principle similar to the XY mode of an oscilloscope to display the stereo audio signal as a two-dimensional image, and realizes the corresponding conversion of audio to image. Inspired by Jeobeam Fenderson, we tried to use this technology, using a laser device and fluorescence cloth cooperates to express painting, narrative, and sound. For now, this project is in the stage of testing and making a preliminary prototype.

We use the Galvo to control the laser, in which the audio signals of the left and right channels are added to the deflection galvanometers of the X-axis and Y-axis respectively to determine the projection position of the laser. When the signals added to the two axes show a certain relationship, the sound of the one-dimensional signal itself forms a two-dimensional image. (For example, the classic Lissajous figure is composed of two sine waves with different periods) For a specific graphic, we can design the two audio signals needed to form it, so that the same signal is presented in the form of audio and image respectively. You are looking at the sound you are hearing. 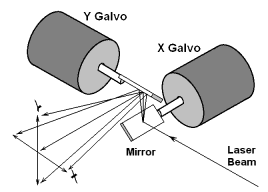 In terms of laser, we chose a 405nm blue-violet laser. Short wavelength will have a better excitation of fluorescent materials, and enough brightness can be obtained by using 10mW power. 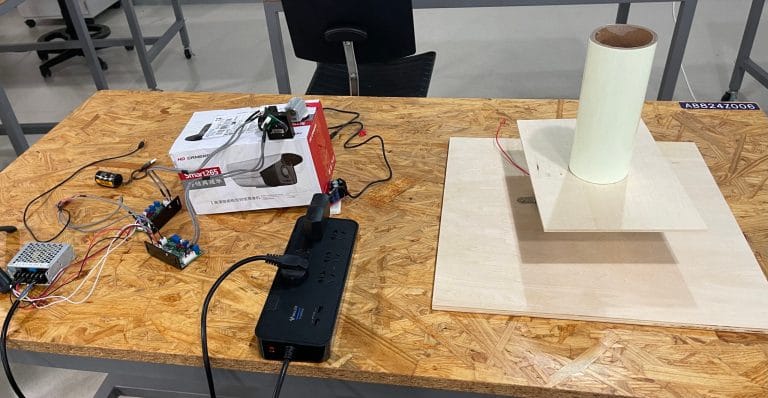 Here are some defects/features/properties we have found:

1. Can’t display seperated shape
Since the movement of the laser is continuous, the displayed pattern must be a closed curve. Even if there are multiple independent graphics on the screen, they will be connected by line segments. As you can see in the below image, the character’s head is connected to part of the mountain, and this is unpreventable. 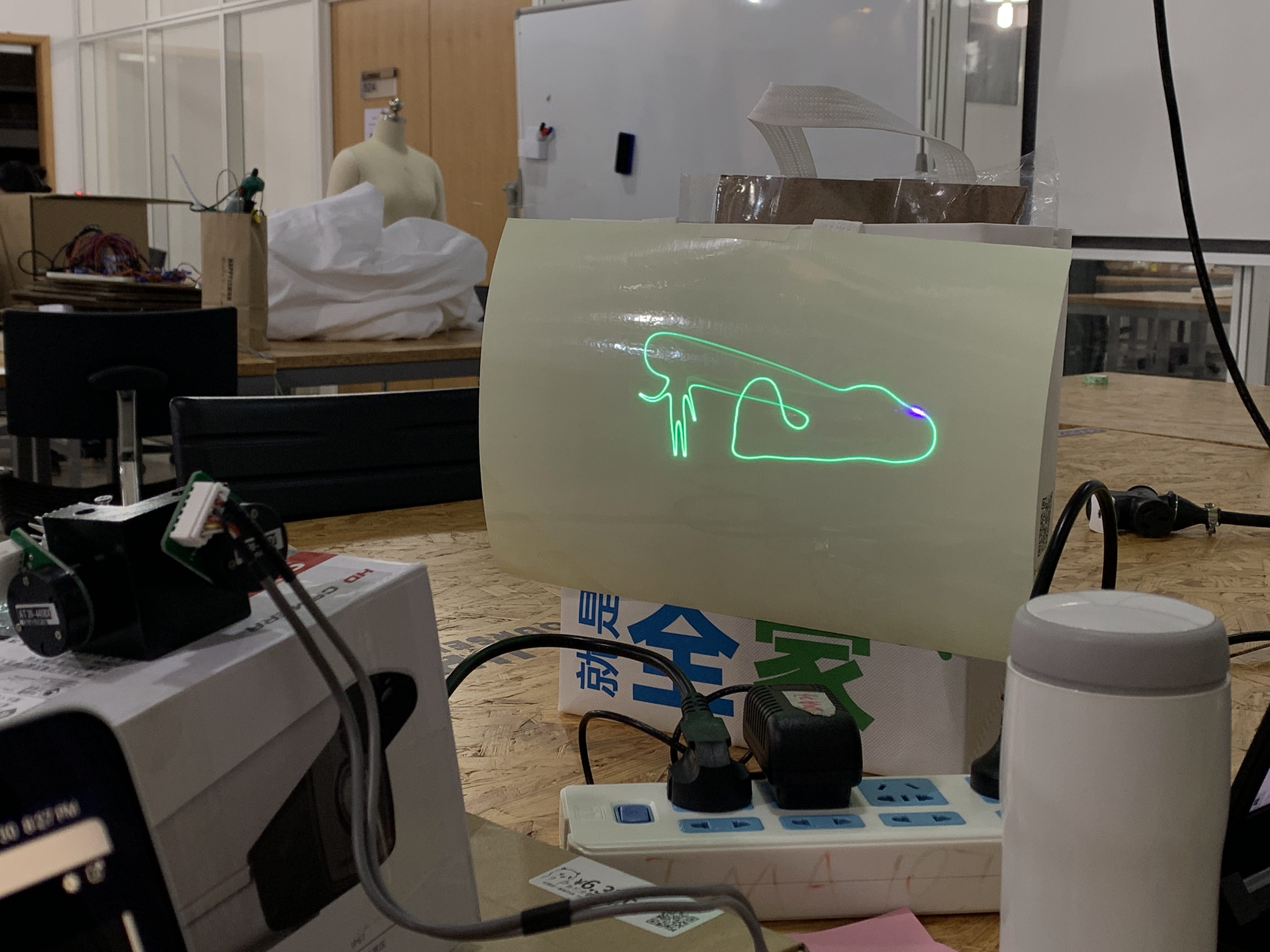 2. Can’t display high frequency
Limited by physical property, the Galvo also can’t display waves with higher frequency (listed as > 200hz, but actually performed better) which results in rounded shape. You can see how frequency affect the shape in the below video.

The storyline suggests an absurd world, the image of the creature deconstructs gender difference and the body significance. It has a human body with elasticity, which seems to be a subjective organic organism. The scene of the creature growing out of the stone implies the plot of Monkey King popping out of the stone. Monkey King has been searching for his identity and existence value throughout his life, suggesting the beginning of the creature’s journey. The body of the creature can naturally stretch, melt with the tree under the sun, restore a body at night, inflate into a balloon after eating something, and the ambiguous identity class revealed in the conversation between the creature and the human, and finally chose to squeeze himself into the crack in the stone of birth. The absurdity and the unrelated logic allude to a world of abnormal logic. Does the creature’s birth from stone and finally return to stone seem to imply the failure of the journey of finding identity? The identity and journey of the creature seem to construct a human decentralized worldview. We need to put question marks on everything we see. 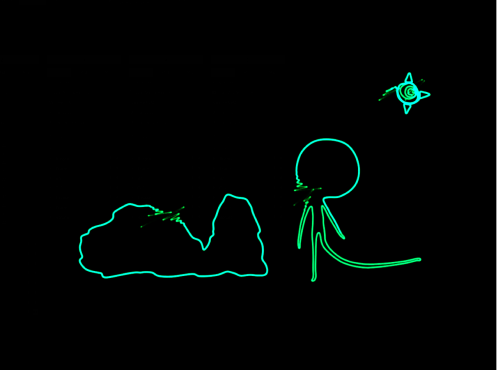 Jason Gao is writing notes about